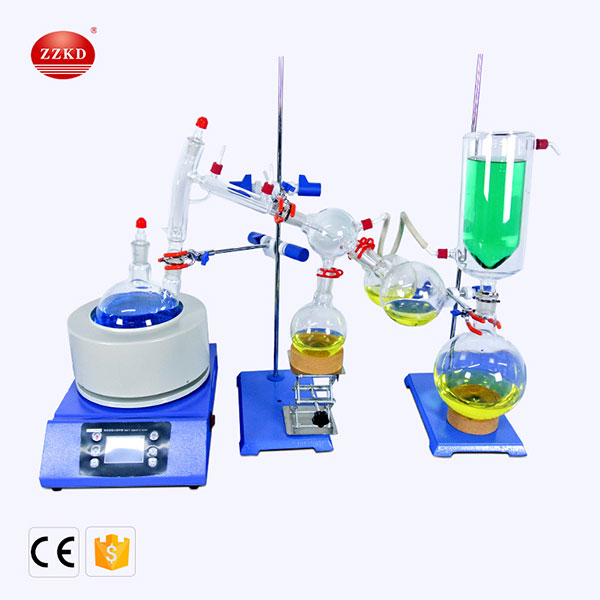 Before using the short path distilation equipment for the first time, it is necessary to understand its working principle and precautions in advance to avoid misoperation and loss during use.

The short path distillation kit consists of a vertical cylindrical body heated on the outermost side, a central condenser located in it, and a film wiper rotating between the distiller and the condenser. 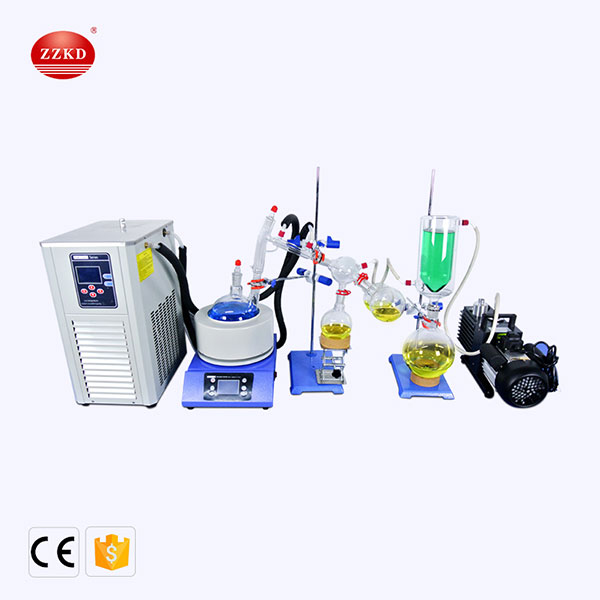 The short path distillation is a thermal separation process that works at a pressure of 1 to 0.001 mbar. It has a lower boiling temperature and is suitable for heat sensitive and high boiling point substances.Its basic composition: a cylindrical cylinder with a heating jacket, a rotor and a built-in condenser; a film wiper and an anti-splash device are accurately installed on the rotor fixing frame.The built-in condenser is located in the center of the evaporator, and the rotor rotates between the cylindrical barrel and the condenser.

The short path distillation consists of a vertical cylindrical body heated on the outermost side, a central condenser located in it, and a film wiper rotating between the distiller and the condenser.

Distillation process: the material is added from the top of the evaporator, and it is continuously and evenly distributed on the heating surface through the material-liquid distributor on the rotor，Immediately, the film scraper scrapes the material liquid into a thin, fluid-like liquid film and pushes it downward in a spiral shape.In this process, the light molecules escaping from the surface of the heating surface pass a short route, and almost without collision, they condense into liquid on the built-in condenser and flow down the condenser tube.Discharge through the discharge pipe at the bottom of the evaporator.

Short path distillation is also more suitable for molecular distillation, the molecular flow from the heating surface directly to the surface of the condenser.